During the previous two fall seasons I have produced word clouds from the 20 most recent TOS posts. You can see the 2012 version at Choices, Choices…Everywhere, and the 2013 version at TOS Word Clouds. In the spirit of recognizing the annual cycle, here is this year’s word cloud.

Like the two previous TOS word clouds, this one summarizes word counts of text from the 20 most recent posts. The word most used in the first word cloud, from fall 2012, was surfperch. In the next version, fall 2013, surfperch was still prominent, but other words, especially beach and sand, and a group pertaining to tides and intertidal zones increased in relative frequency. The words beach and beaches (shown as beach, above) are the most frequently used words in the most recent set of posts. I have I decided to salute the winning word of my 2014 TOS word cloud challenge with a collage of representative beach photos from the 20 most recent TOS posts. 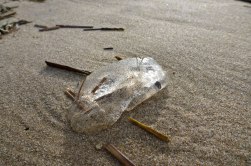 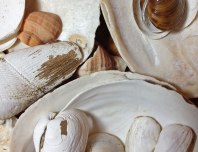 A few of my favorite field guides 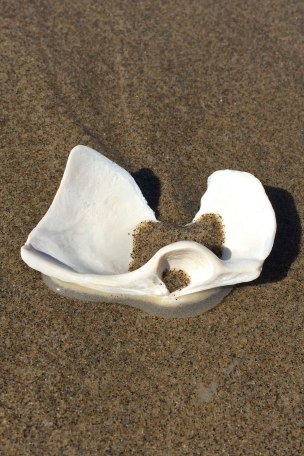 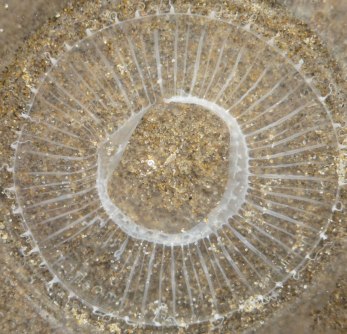 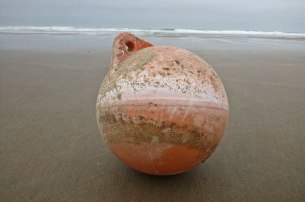 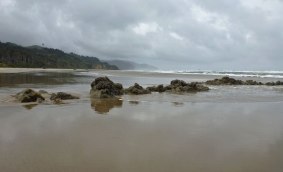 Gull and raindrop tracks in the sand

These images all mean beach to me and each one has a story. Theoutershores is all about the beach, loosely, so it’s no surprise that beach was used most frequently in recent posts. In case you are wondering, tide came in second.