Renewal in Nucella canaliculata calls for a crowd. Winter and spring aggregations of channeled dogwinkles, that’s their common name, copulate and lay eggs over a several week period. In the finale, females deposit eggs in straw-colored vase-like cases. 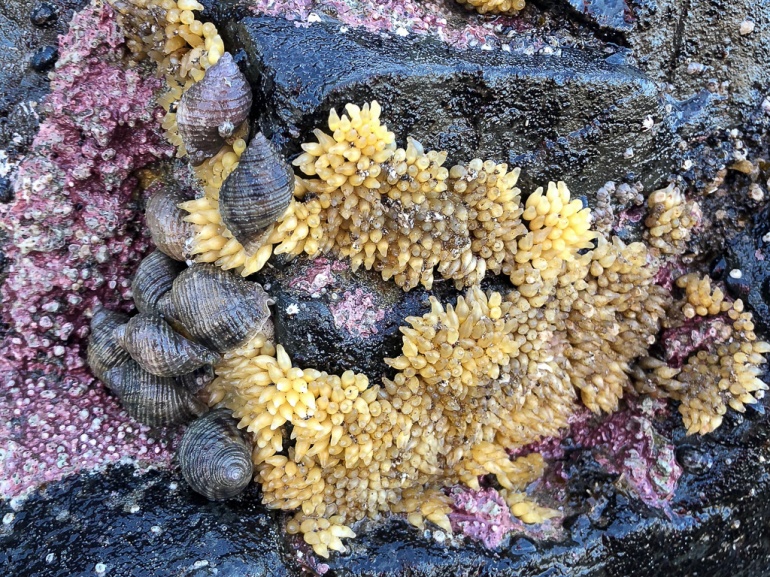 I took the photo above on April 19, 2018. If I am interpreting it correctly, the cases, each containing twenty or more fertile eggs, are the collective production of the females over several days.