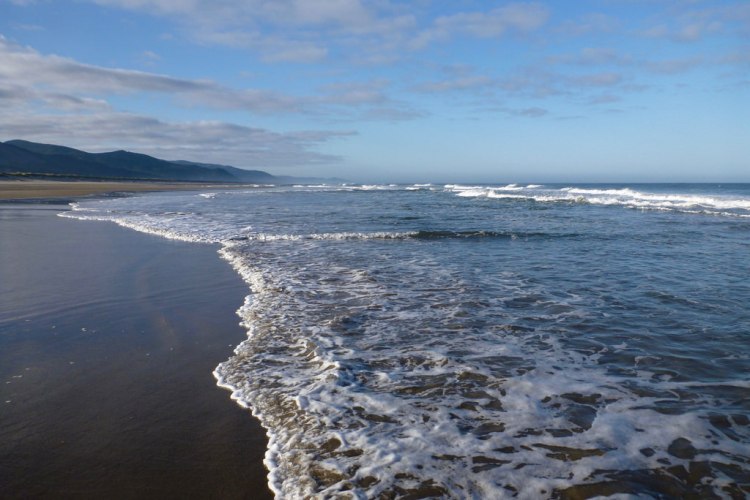 Timing is everything on the outer shores. Anyone who has gotten up in the pre-dawn darkness to race to the shore for a great low tide knows very well that the tides wait for no person. Same thing with that great early morning light for photos. It’s here and then it’s gone. The seasons don’t wait either. 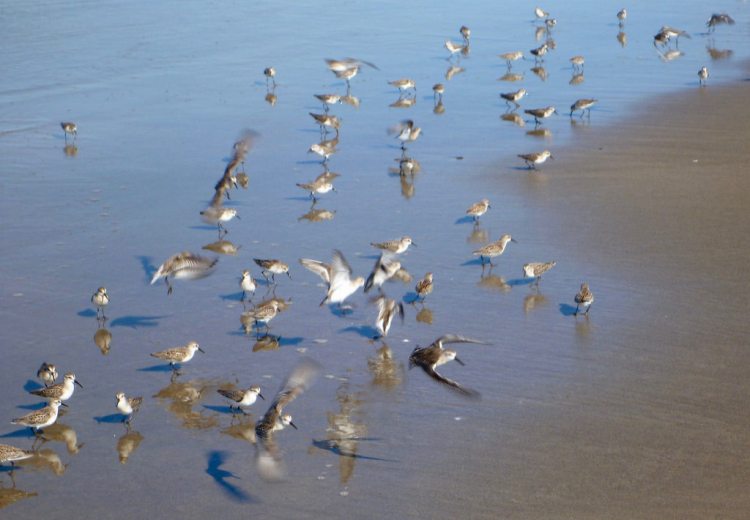 By late August flocks of immature shorebirds like sanderlings and western sandpipers grace outer shores beaches as they migrate to winter grounds. Some of these can be a little difficult to identify.  If anyone out there would like to take a stab at the identity of the birds in this photo I would love to hear from you. 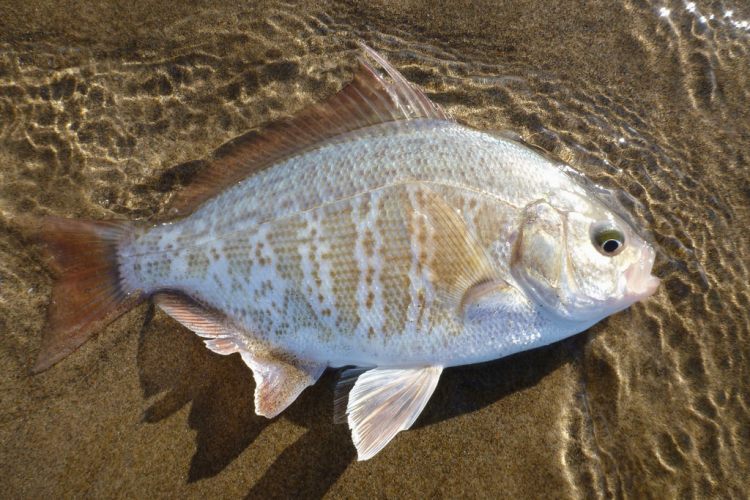 Fall is also a milestone for the redtail surfperch, Amphistichus rhodoterus. I think it’s the breeding season, but that’s harder to pin down than you might think. The male in the photo above from September 1 shows all the signs of a fall breeding season: erect colorful fins, a plump body due to enlarged testes, and intense bronze bars and spots below the lateral line. Here’s what we do know. The redtail surfperch and all members of the subfamily Amphistichinae have internal fertilization and give birth to live young. According to Miller and Gotshall (1965) ovaries with fertilized eggs are observed by January and development takes about 8 months. That makes sense because we have observed that females are pretty much done giving birth to their babies by early September. Thus mating must occur sometime between September and December. But when?  And, is mating synchronous and brief or is it a longer affair spanning the entire fall?

Note: I updated the photos and lightly edited the text on October 1, 2017.

Drowning in the busyness of life, and how I stay afloat, and find peace and stillness amidst the chaos.

A Tiny Ray Of Light
The Urban Nature Enthusiast